MACEDO SHOWS SPEED AT THE PORT ROYAL: AFTER A TERRIFIC TIME TRIAL LAP, MACEDO DRIVES THE JONESTOWN KOA MAXIM INTO THE TUSCARORA 50 AND LEAVES WITH A TOP 15 FINISH IN HIS LAST RIDE ABOARD THE JJR #41

PORT ROYAL, PENNSYLVANIA (October 28, 2018) – Mother Nature once gain intervened wiping out the Nittany Showdown on Friday night and postponing the Tuscarora 50 from Saturday to Sunday. That did not stop the drivers and teams from hanging around to compete for the $51,000 winner’s check when the engines fired on Sunday afternoon. There were 51 teams packed in the rain soaked pit area, but they were all eager to get out onto the track that the Port Royal officials and track crew worked extremely hard to prepare.

After hot laps were completed, the field was divided in half for time trials. After Jaxx selected the “10” pill, Carson and the Jonestown KOA/Durst #41 Maxim would roll out onto the track eighth for their two laps at speed. The racing surface was lightning quick. When the Lemoore, California driver dropped his right foot the Kistler Engine under the hood came to life as he took the green flag. The yellow Jonestown KOA/Valvoline entry was trucking MVT style under the overcast skies. When Macedo triggered the timing stripe, he stopped the clock after the first go round in 15.029 seconds. He had momentum heading into turn one and exit turn two cleanly. He darted down the backstretch and hustled through turns three and four. This time the clock read 14.891 seconds, which was a new track record. At the end of the first session of qualifying, he sat on top of the speed charts. Macedo held the record for a short time until Brian Brown turned a quicker lap that was a little faster at 14.868 seconds.

Under the Tuscarora 50 format, the fastest four were inverted for the heat races, which put the California wheelman on the outside of row two in a stacked heat race. The 2018 All Star Points Champion, Aaron Reutzel was on the front row with 9-time World of Outlaws champion Donny Schatz to his outside. Carson would line up the Jonestown KOA/Dissolvalloy #41 Maxim in row two to the outside of 2018 Port Royal Speedway Point Champion Logan Wagner. Filling in the rows behind them were names like David Gravel, Lance Dewease and former Port Royal Champion Mike Wagner. When the green flag waved, Carson moved into the third spot and was soon embroiled in a battle with the always formidable Lance Dewease in the #69k. Dewease got a run on Macedo coming out of four and made contact with the outside retaining wall as the car climbed the wall and flipped. The red flag was displayed, but when they were ready to return to racing front runner, Reutzel encountered mechanical issues and rolled to a stop. Macedo moved up to the second spot behind Schatz. Schatz would take the heat race victory over Macedo as David Gravel secured the final transfer position by finishing third.

For the 50 lap Tuscarora 50 finale, Macedo would line up on the inside of row four in the seventh position in the Jonestown KOA/Greber Racing Products #41. After the four-wide salute, the field was set to take the green. The high-speed action was quickly interrupted when Logan Wagner took flight as he and Tim Shaffer got together between turns one and two when Shaffer lost a wheel, sending Wagner high in the air. Macedo would restart eighth. He was hauling and moved his way up to sixth when the yellow was again displayed, this time for Logan Wagner who slowed exiting turn four. They were back at it under green and Macedo was tangling with Danny Dietrich in some great racing action for the fifth position. Macedo would finally take the spot on lap eight as he ran in the top five with some speed and precision. Action was again halted on lap 16 when Sheldon Haudenschild rolled to a stop in turn four. The lap count was rising with a number of yellow flag circuits. With Brad Sweet showing the way at the front of the pack, Dietrich took the fifth spot back away from Macedo on the restart and after one lap, the yellow lights were again illuminated. Before they could restart the race, the yellow flag conditions were extended as Dietrich now had a flat right rear tire. Macedo moved up to fifth for the restart with Dietrich heading to the work area, but then 14th running Ian Madsen brought out the yellow again as he now had a flat right rear tire. With the fuel load wavering, Macedo got back up to speed but dropped back to ninth before a competition red was thrown on lap 21 for the planned 5-minute stop that was supposed to occur at the midway point, lap 25. 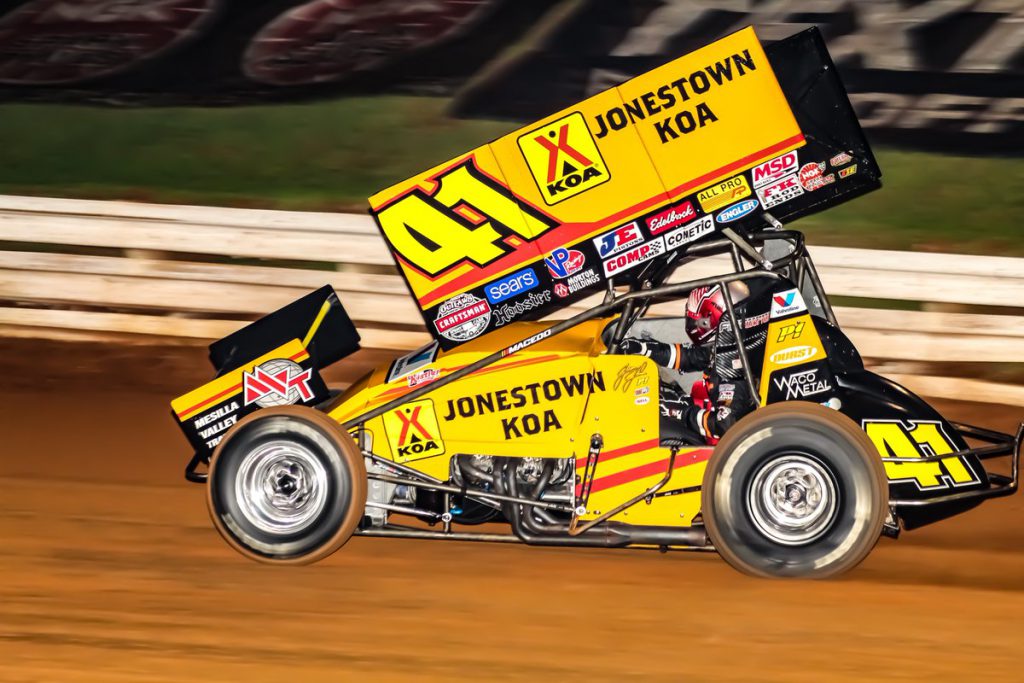 Sweet was leading after the break with Donny Schatz close behind. Macedo would restart ninth and working his way up to seventh by lap 32 when Gio Scelzi came to a stop on the frontstretch. Donny Schatz just moved into the lead over Sweet and the surface was changing. There were two distinct lines with the bottom groove coming in quick. When racing resumed, Schatz showed the way and Macedo was shuffled back to tenth. A series of yellows, one for Steve Buckwalter who had a flat tire and one for TJ Stutts who had an engine expire and catch on fire, slowed the action. Macedo restarted ninth but in the remaining seven laps dropped back and finished in the 14th position. Schatz took the win over Freddie Rahmer and Daryn Pittman as Brad Sweet and David Gravel rounded out the top five. A good showing of speed by Macedo and the JJR team did not net the desired results, but the team had fun and competed hard all night. 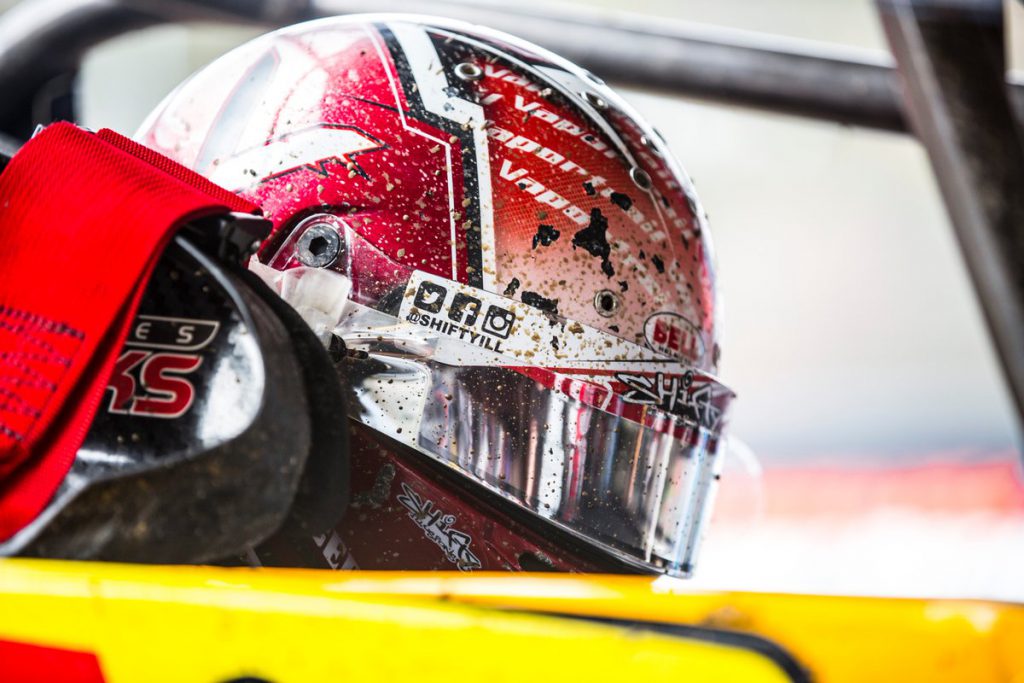 Carson Macedo Drives to a Top 15 Finish in the Tuscarora 50 at the Speed Palace!