ANOTHER STRING RUN IN INTERNATIONAL RACE AT KNOXVILLE: THE CALIFORNIAN SPEED TALENT DRIVES THE TARLTON AND SON/MEYER CONSTRUCTOR #41 TO A SIXTH PLACE FINISH IN THE SPEED SPORT WORLD CHALLENGE

KNOXVILLE, IOWA (August 10, 2018) – After locking the MVT/Tarlton and Son/Meyer Constructor #41 into the 58th Annual 5-hour Energy Knoxville Nationals on Thursday night during his preliminary qualifying, Carson Macedo and the JJR #41 team were back in the pit area where they patiently waited to compete in the Speed Sport World Challenge race at the end of the evening of competition. Carson earned his way into the competition by competing over in Australia this past season and was excited to wheel the forty-one around the famous Knoxville Raceway in the 20-lap event.

After Logan Schuchart drove to victory in the Hard Knox feature, Macedo climbed aboard the Mesilla Valley Transportation (MVT)/Waco Metal #41 Maxim and lined up in the staging area. The starting lineup for the Speed Sport World Challenge inverts the top 14 in points, which positioned the talented driver from Lemoore, California on the inside of row seven beside Kerry Madsen to start the race. When the initial green flag waved, it was quickly replaced by the red as Australian Allan Woods rolled over in turn two. The next restart was short lived too, as Jordyn Brazier brought out the yellow. The next start though was a go and Macedo drove hard into turn one on the low side and made some passes for position. Just outside the top ten, he used his Kistler Engines power to build speed and made his way into the ninth running position. He was making his way forward when things got a little close in turn two when Brooke Tatnell spun leaving a small space between his tail tank and the wall. Macedo weaved his way through the small space, but Ian Madsen who was running close behind caught the wall with his right rear and headed pit side. When they went back to green flag racing, Dominic Scelzi was in an exciting three-way battle for the lead as Macedo kept his Hoosier Racing Tires rolling as he moved into the seventh position. Scelzi would take the win to gain the only “Golden Ticket” into Saturday’s prestigious 58th Annual 5-hour Energy Knoxville Nationals, as Macedo came home with a methodical and well-earned sixth place finish. Tim Kaeding followed Scelzi across the finish line for a runner-up finish with Austin McCarl, Kerry Madsen and James McFadden rounding out the top five. 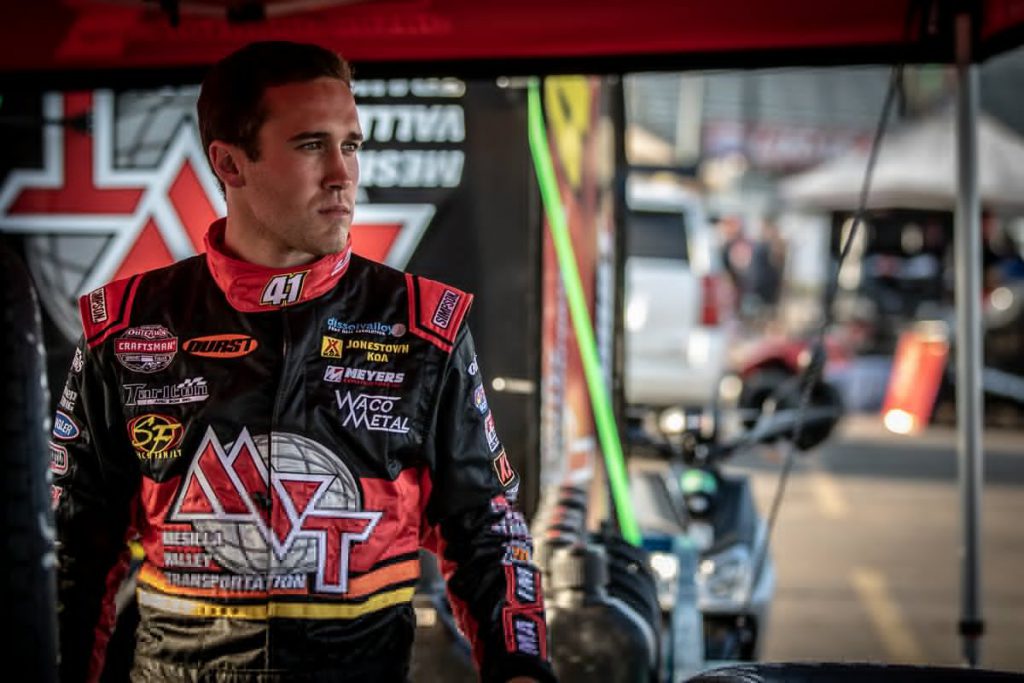 Carson Macedo and the JJR #41 team will start from the outside of row four on Saturday night in the 58th Annual 5-hour Energy Knoxville Nationals. Be sure to come out and cheer for the Lemoore, California speed chauffeur!

Carson Macedo Continues to Show Off His Talent as He Drives Forward to Finish Sixth in Speed Sport World Challenge!